Please select one of the items below to narrow your search by Subject.

Gerald Seymour's No Mortal Thing is a novel of relentless power and mounting suspense, a brilliant portrayal of organized crime in Europe and the under-resourced men and women who fight it.
Two young men - Jago and Marcantonio - both studying business and finance:
Jago is a kid from a rough part of London who has worked hard to get a job in a bank and is now on a fast-track to the Berlin office.
Marcantonio is one of the new generation

3) The Dealer and the Dead

Author
Seymour, Gerald
eAudiobook
Show Edition
Available Online
Check Out OverDrivePreview Part 1
Published
2014 Dreamscape Media
Source
OverDrive
Edition
Unabridged
Available Online
More InfoCheck Out OverDrivePreview Part 1
Description
Read Description
In a Croatian village near Vukovar, no one who survived will ever forget the night they waited for the weapons they needed to make a last-ditch fight against the advancing Serbs. The promised delivery never came, and the village was overrun. Eighteen years later, a body is unearthed from a field, and with it the identity of the arms dealer who betrayed them. Now the villagers can plot their revenge. In leafy England, arms dealer Harvey Gillott regards...
More Info
SHARE

One frozen night in Germany, Tracy Barnes witnesses the killing of her lover by the secret police. Years later, when the Wall has crumbled and old enemies are new friends, Tracy encounters the murderer and plans to make him pay.

But in a country still at war with itself, Tracy finds that she is being played as a pawn in a far bigger game of revenge that reaches all the way to Moscow. 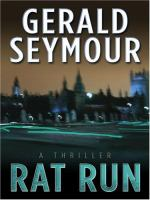